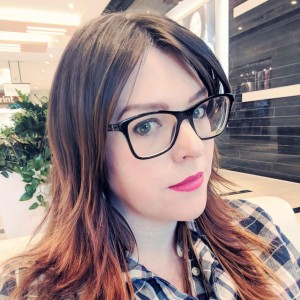 Katie Reed is passionate about mental health. She writes about living with Borderline Personality Disorder, autoimmune disease, depression and anxiety. She is a mother to four amazing boys, and lives with her husband in the suburbs outside of Salt Lake City, Utah. She runs the popular mom blog It's a Mother Thing.

My Four Year Old Told Me He’s Going to Kill Himself, and I Had No Idea How to Respond

This past week has been hard. My worst fears were realized when my four year old answered my request for him to stop hitting his brother with, “I’m going to KILL myself. THEN you’ll be sorry!”

Angry because he didn’t get his way during a temper tantrum, he shouted these words into my face, his rage evident in the tears in his eyes and the fists he clenched at his side.

And I froze, shocked to my core, completely taken aback.

It’s been a long time, but I know he learned it from me, one of the many times in his young life that he’d had to hear his mama break down.

I am devastated. The fact he used those words in that context has thrown me for a loop. My guilt gains steam the more I think about it.

I remember months of prenatal depression when I was pregnant with him.

I remember screaming at my husband that I wanted to die – I would never be a good enough mother. I begged him to kill me. I prayed to god to die in childbirth so that I would never impact his life with my mental illness. I prayed that my faulty genes would be overwhelmed by my husband’s good-natured ones.

I remember the bouts of depression I suffered during his first year. The on-again, off-again medications I half-heartedly tried as I battled to find myself as a mother.

I remember when he was two years old how I was screaming inside my own head until I looked down to find that I had angrily cut several times into my arm in the middle of my kitchen. The blood poured down to our white tile floors, and I blinked a few times.

Thankfully he didn’t see me do it, but his little legs carried him into the kitchen as I was applying paper towels to stop the bleeding. He asked me worriedly, “Mommy! What happened? You’re hurt!” I smiled manically and swore that it was just a scratch… I’d just scratched my arm a little… it would be okay.

I remember later that year, when I was overwhelmed with media attention for a blog post I’d written. I’d tried explaining to the police about how I was stressed out that people were coming to our home and threatening us. I was scared because intense situations make my anxiety worse. I said something like, “I just want to crawl into a hole and die.”

Instead of helping to allay my fears, they handcuffed me, threw me in the back seat of their car and drove me to the hospital to commit me against my will. They said they were trying to help. The last thing I saw as we drove away was the fear in his young eyes as his daddy held him at the door. They matched the fear in my own.

I remember the times I’d been angry with my husband and had screamed out those fateful words, “I should just kill myself.” I’d never meant them. I was repeating a phrase I’d heard over and over again in past relationships… when the people who were closest to me told me that I was worthless and should do the world a favor and end it all…  It becomes second nature after a while to believe everyone would be better off without you.

But that was all in my past. I haven’t seriously considered suicide since before I met Mark. In fact, in a few days, it will be 6 years since my last attempted suicide… the only time I was almost successful.

Things have been good for a while… My depression has been mild and well-managed for the last couple of years. I smile without faking it. I cry a lot, but that’s a huge improvement from the robot I was for years. I think I’m a good mother to my children, and I know that they are happy and enjoy our family life.

Yet, my four year old just threatened to kill himself, and I know that he learned it from me. What do you even do with that? What is the appropriate response?

Immediately, I sat him down to speak to him about what those words mean, and I cried as I told him how distraught we would all be if anything ever happened to him. I tried to find a balance between taking seriously his anger and frustration and making sure not to fuss too much lest he use those words as a weapon against us.

But the more important lesson I’ve learned is that kids hear things. They learn from our words as much as our actions, and every single day is a chance to teach them how to manage behavior and emotions in a healthy way.

I don’t know how much damage I might have done to my kids with my own struggle with depression. But I know that I am stronger than my mental illness, and I will win. And it is up to me to show them every single day that I am winning. It is up to me to share with them what I’ve learned.

I am vulnerable. I have fears and anxieties and anger inside of me. But I also have hope and love and an honest joy that is so raw it brings tears to my eyes. I will show them that we choose our happiness. And that there are some things we do and say that can never be taken back.

When Life Hands You A Pandemic…

A global pandemic is not all sunshine and roses. But when has mental illness ever let me live normally anyway?

After I made it through the other side of a years-long depression and suicide attempt, I realized all I would have missed if I hadn’t chosen to live.

The Impossibility of Living With Mental Illness

Living with mental illness is difficult enough on its own, but navigating the world and trying to focus on self care without alienating the people around you can seem impossible. This post discusses these issues in a candid and frank way.

This site uses Akismet to reduce spam. Learn how your comment data is processed.

Get Our Self Care Newsletter